To Solve the Climate Crisis, We Need to Drive A Lot Less — And Drive Electric

Editor’s Note: this article originally appeared on City Observatory and is republished with permission. 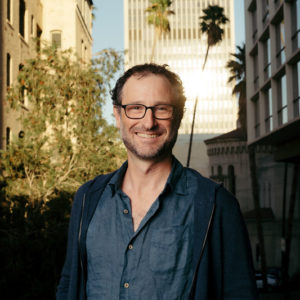 The deadly heat waves, epic floods, and worsening droughts around the world are forcing a reckoning on climate change. We messed up, badly, and the earth’s rapidly destabilizing climate system is the consequence.

There are many “mistakes” that have brought us to this moment of truth — powering our economies on coal and methane gas, cutting down rainforest to grow beef, soy, and palm oil — but one of the biggest and most intractable: Car culture, NIMBYism, and their  incumbent challenges in energy use, land use, social equity, and human health and safety.

Cars are not only the leading source of climate pollution in the United States, they’re also the leading cause of premature death for young Americans and a disproportionate cause of negative health outcomes: air pollution and sedentary lifestyles are major contributors to American morbidity and mortality, not to mention the 2 million Americans who are permanently injured every year by car crashes.

But there’s a problem: We’ve spent 50 years tearing down our cities and remaking them for sprawling, single-family house development, entirely reliant on the automobile. The climate crisis is urgent, and we don’t have time to completely undo this mistake and re-build our cities from scratch.

So, the question becomes: How much time do we have? Can we simply swap out electric cars for gasoline vehicles, and solve the climate crisis? The answer: Unequivocally, no. There are simply too many cars, too many of them run on gasoline, and most new cars sold today still run on gasoline.

To make matters worse, our current urban land use policies are still controlled, in most cities, by NIMBYs opposed to more housing; who defend parking as a divine right; who oppose safe street interventions that save lives and make communities more walkable; and who block efficient transit interventions, like dedicated bus lanes.

When it comes to climate change, NIMBYism is a huge factor in exacerbating pollution from cars, but it’s also led to the point where we have no choice in the matter: By forcing workers to live far from their jobs, and by allowing the car industry to continue selling gasoline vehicles, we have foreclosed the option of achieving a climate-friendly car culture.

As of this writing, there are 280 million cars and trucks in the American fleet, and 278 million of them run on gasoline. In an average year, Americans buy around 17 million new cars. So, in a scenario where 100% of new car sales were electric in 2021, it would be 2037 before all U.S. cars and trucks are electric (assuming no growth in the size of the fleet).

But we’re nowhere near 100 percent EV sales in 2021. Current estimates suggest the earliest date when the last gasoline car will be sold is sometime in the 2040s. In fact, the car industry is still focused on selling primarily gasoline cars, and primarily gas-guzzlers like pickup trucks and SUVs. And it’s made clear that its intention is to continue selling these climate-destroying beasts for most of the rest of this decade.

What that means: It will be a long, long time before the U.S. vehicle fleet will be all electric. Exactly how long depends on a number of variables, but the various scenarios are not hard to imagine — and in fact, experts have run the numbers and are converging on broad agreement:

If electric cars are going to be a part of the climate solution, Americans will have to drive much less. How much less is somewhat of an open question; but the California experience is illustrative. In 2018, the California Air Resources Board did the math on fleet turnover. What they found:

Even if the share of new car sales that are ZEVs [zero-emissions vehicles] grows nearly 10-fold from today, California would still need to reduce VMT [vehicle miles travelled] per capita 25 percent to achieve the necessary reductions for 2030.

Furthermore, strategies to curb VMT growth help address other problems that focusing exclusively on future vehicle and fuels technologies do not. For example, spending less time behind the steering wheel and more time walking or cycling home, with the family, or out with friends can improve public health by reducing chronic disease burdens and preventing early death through transport-related physical activity.

California’s existing plans for electric vehicles aimed to have 1.5 million ZEVs on the road by 2025, and 4.2 million by 2030. As of 2021, there are 425,000 BEVs registered in the state — meaning the electrified fleet has to grow 10x in the next 9 years, with sales that exceed the best-year ever, every year.

But even at that breakneck pace, it won’t be enough to undo the damage done by the one-two punch of the car industry’s focus on selling gas guzzlers, and California cities’ commitment to defending NIMBY housing and land use policies.

In sum: With all the gasoline vehicles still driving around for the next 15 to 20 years, EVs won’t be able to close the gap in pollution reduction fast enough. We’re out of time.

Others have done their own calculations, with similar results; one of the more recent among these, by researchers with Carnegie Mellon University, did not mince words about the pickle we’re in:

In other words: In order for electric vehicles to solve climate, we need people to drive less. That combination — of less driving, and vehicle electrification — is the only pathway to climate stability.

Ironically, this problem of the need for fewer cars is entirely of the car industry’s creation. For decades, the industry has fought efforts to make cars cleaner, to reduce air and climate pollution, and to transition their product away from deadly, inefficient, polluting machines to clean, efficient mobility devices.

If we had started the transition to clean, electric vehicles 20 years ago, it would be slightly more accurate to say we can continue our current, sprawling housing and transportation patterns and rely on fleet electrification. But the car industry has spent those 20 years pivoting to SUVs and pickup trucks as their primary product.

What this means: Urban land use reform, affordable housing, reliable transit, and safe streets are now top-priority, must-have interventions for climate change. We have to end the era of car-powered suburban sprawl, and make it legal — and less expensive — to build housing in our urban cores, or in the central business districts of suburban areas, near jobs, transit, and services.

Denser areas not only have dramatically lower carbon emissions from transportation than suburban and rural developments; but they also use substantially less energy per home — as much as 50% less.

The writing is on the wall. The car industry missed its climate window for electric sprawl, and the NIMBYs forced the issue with their selfish opposition to infill housing. At this stage, if electric vehicles are to play a major role in solving the climate crisis — which they must — they have to be paired with dramatic land use reform that shortens or eliminates a substantial portion of all vehicle trips, and replaces them with transit, walking, biking, shared vehicles, and other forms of mobility.

Only by combining a rapid deployment of electric vehicles with an equally rapid elimination of the need for most Americans to own and drive a personal vehicle in the first place can we have a shot at climate stability. Pete Buttigieg drew most of the attention earlier this week, but two other key cabinet appointments this week could signal that electric vehicles remain at the center of the President-elect's climate strategy — despite evidence that transit, walking and biking is far more critical to cutting greenhouse gases.
Britain’s Liberal Democrat Party unveiled a detailed plan to tackle climate change which includes a ban on fossil fuel powered cars by 2040. The Guardian reports: The Liberal Democrat leader, Sir Menzies Campbell, and the party’s environment spokesman, Chris Huhne, unveiled the proposal today as part of a package of measures designed to make Britain […]